Cospas-Sarsat is an international satellite-based search and rescue system, established by Canada, France, the United States, and Russia. These four countries jointly helped develop the 406 MHz Emergency Position-Indicating Radio Beacon (EPIRB), an element of the GMDSS designed to operate with Cospas-Sarsat system. These automatic-activating EPIRBs, now required on SOLAS ships, commercial fishing vessels, and all passenger ships, are designed to transmit to alert rescue coordination centers via the satellite system from anywhere in the world. The original COSPAS/SARSAT system used polar orbiting satellites but in recent years the system has been expanded to also include 4 geostationary satellites. Newest designs incorporate GPS receivers to transmit highly accurate positions (within about 20 metres) of the distress position. The original COSPAS/SARSAT satellites could calculate EPIRB position to within about 3 nautical miles (5.6 km) by using Doppler techniques. By the end of 2010 EPIRB manufacturers may be offering AIS (automatic identification system) enabled beacons. The serviceability of these items is checked monthly and annually and they have limited battery shelf life between two and five years using mostly Lithium-type batteries. 406 MHz EPIRB's transmit a registration number which is linked to a database of information about the vessel. 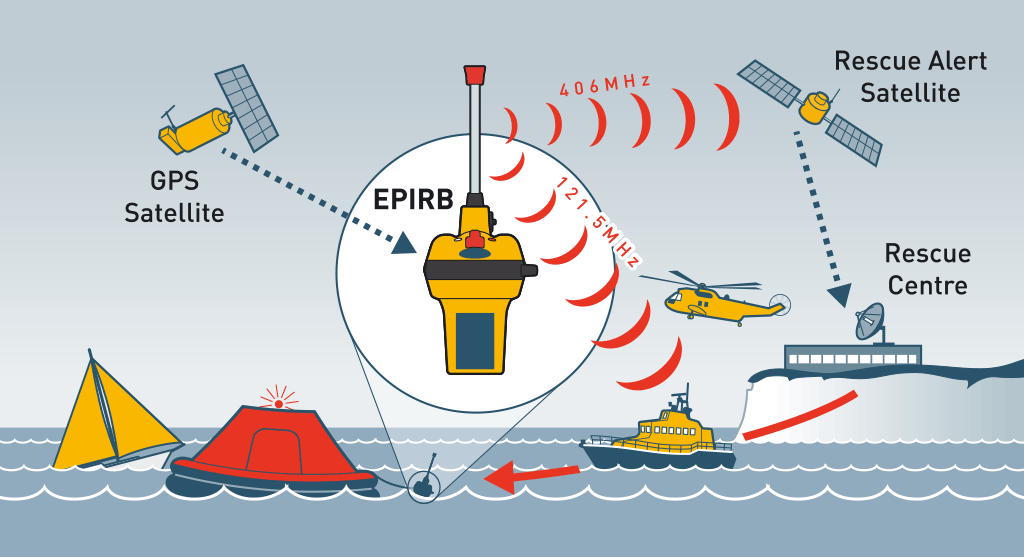