The IMO also introduced digital selective calling (DSC) on MF, HF and VHF maritime radios as part of the GMDSS system. DSC is primarily intended to initiate ship-to-ship, ship-to-shore and shore-to-ship radiotelephone and MF/HF radiotelex calls. DSC calls can also be made to individual stations, groups of stations, or "all stations" in one's radio range. Each DSC-equipped ship, shore station and group is assigned a unique 9-digit Maritime Mobile Service Identity.

DSC distress alerts, which consist of a preformatted distress message, are used to initiate emergency communications with ships and rescue coordination centers. DSC was intended to eliminate the need for persons on a ship's bridge or on shore to continuously guard radio receivers on voice radio channels, including VHF channel 16 (156.8 MHz) and 2182 kHz now used for distress, safety and calling. A listening watch aboard GMDSS-equipped ships on 2182 kHz ended on February 1, 1999. In May 2002, IMO decided to postpone cessation of a VHF listening watch aboard ships. That watchkeeping requirement had been scheduled to end on February 1, 2005.

IMO and ITU both require that the DSC-equipped MF/HF and VHF radios be externally connected to a satellite navigation receiver (GPS). That connection will ensure accurate location information is sent to a rescue coordination center if a distress alert is transmitted. The FCC requires that all new VHF and MF/HF maritime radiotelephones type accepted after June 1999 have at least a basic DSC capability.

VHF digital selective calling also has other capabilities beyond those required for the GMDSS. The US Coast Guard uses this system to track vessels in Prince William Sound, Alaska, Vessel Traffic Service. IMO and the USCG also plan to require ships carry a Universal Shipborne automatic identification system, which will be DSC-compatible. Countries having a GMDSS A1 Area should be able to identify and track AIS-equipped vessels in its waters without any additional radio equipment. A DSC-equipped radio cannot be interrogated and tracked unless that option was included by the manufacturer, and unless the user configures it to allow tracking. 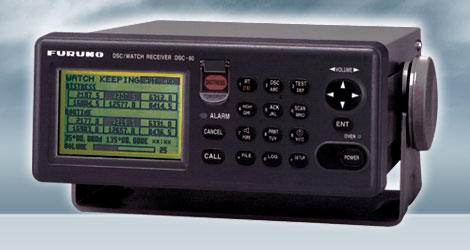